As part of my role at ASCEND Charity I tutor craft groups. I found this project in conjunction with the Hertfordshire Archive to respond as group to the Delme Radcliffe family documents. There were nine students who worked individually on their designed pieces that were displayed as a whole 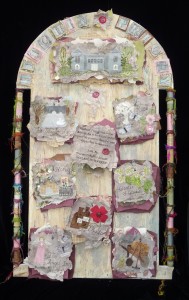 This was their piece Priorities of the Priory. We went on a field trip to the Hertfordshire Archives and afternoon tea at Hitchin Priory. 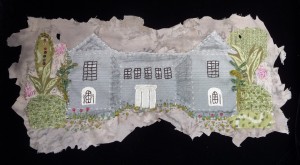